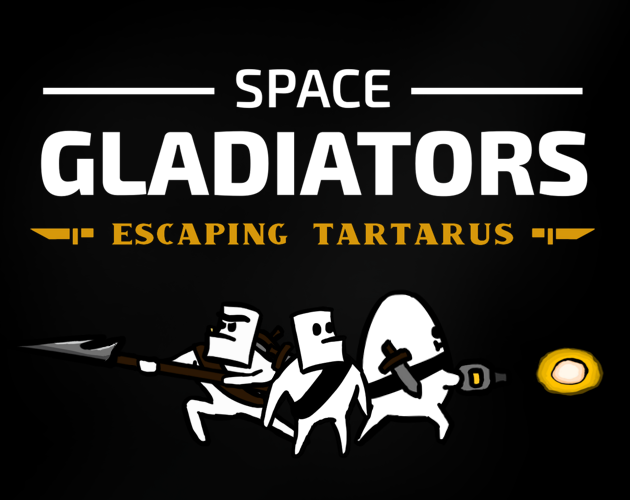 As of today, it has been 163 days since the first commit on my commercial indie game project and the demo just went live.

I was planning on keeping a regular devlog to document the whole journey since the beginning. It didn’t work out quite that well but I believe today is a good day to start as it is an important milestone for the project. I’ll share in this article a bit of the thought process that went into the creation of this game and its objectives.

You’re playing a gladiator trapped in a planet-prison who has to fight in arenas for his freedom. It is a 2D roguelite platformer focused on combat with hand drawn frame by frame animation. It is playable on Windows with a keyboard or a controller and might be also be migrated to other platforms in the future.

The inspirations for this project were most notably Hollow Knight for the mechanics and artistic choices, The Binding of Isaac and Dead Cells for the overall run and items structure and a bunch of other games for other specific aspects (Rampage Knights).

The end goal is to make a game in the price range of around 10 to 15 euros and to publish it on Steam and other distribution platforms. A run should last around 30-45 minutes and it will have to be diversified enough as to have good replayability.

The demo is a vertical slice of the final product. It has only one floor that you can go through in around 10 minutes if you manage not to die, aswell as 10 enemies, 3 bosses, 100+ items, 15 perks, 3 characters and a few dozens rooms. I made it so I could get feedback from people that are not my close entourage aswell as to push myself to make a complete game earlier in the process.

It was released almost a month after the deadline I had set for myself due to numerous unplanned problems and changes that had to be made after some feedback I received. The biggest issue was the low framerate my game had on lower-end computers. I hadn’t tested it on a laptop after I had made big changes to the graphics of the game. Those changes resulted in an abysmal 15 to 30 FPS on acceptable laptops and made it impossible to release the build.

To solve this problem, I had to implement proper resolution management (which I should have probably done a lot earlier) and add a lot of graphics settings for the user to configure as they wish. I also had to remove a lot of sprites from my backgrounds.

Another related issue that I had never heard of before was the implementation of delta time. Basically, you have to make all of the speed variations in your game independant of your game framerate, else it will be in slow motion if the user has less than your expected FPS (due to a lower end machine).

This is a real pain to do in the middle of a project because it means you have to add a coefficient everywhere in your code where you deal with time. It would be a lot better to do that at the beginning of a project.

Creating this demo has proven very beneficial as I had to deal with those issues early in the process. Had I not done it, they would all have piled up until the full game release which would have been even worse. I see it as doing a mini-release before the full release so I could eliminate a lot of things that would have probably become more problematic later in the process.

As for the marketing / business perspective of making a demo, I will write about it when I get proper data after the demo has been up for a while.

I am working full time on this game and I spent on average 40-60 hours a week on the project. I haven’t kept a real log of my working hours and it has been a bit irregular (some days not working at all and others from the moment I wake up until I go to sleep).

Before this project, I had learnt GameMaker and the basic tools needed through making a platformer game. It is my first commercial game project.

The tools I use are Game Maker Studio, Krita, TexturePacker, Git & Github and Trello for organizing features that need to be implemented. Even though as I’m mostly working alone on the project, I usually just use Notepad and write the things that need to get done one after the other.

I also bought a Humble Bundle with a few thousands sounds and some placeholder music a while ago which I use for my game.

Now that the demo has been released, I’ll try to get as much feedback as I can on the game and I’ll keep working on this project until I have enough content to launch a full game.

It will be many months before that happens but I’ll try to document the journey more than I have done up until now as I believe it can be helpful for aspiring (or maybe even confirmed) indie game developers.